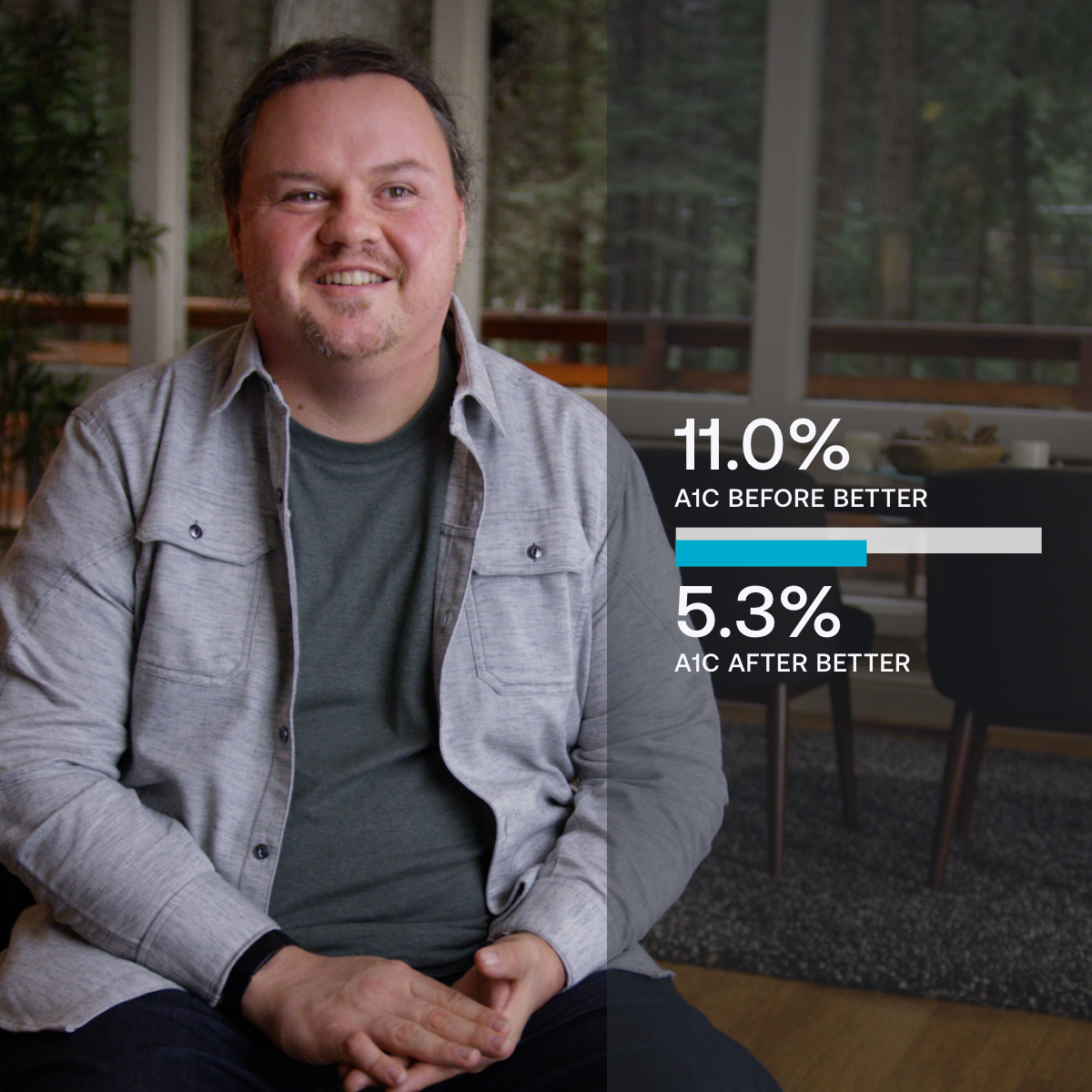 A few years ago, Chris was diagnosed with pre-diabetes. He made a few small attempts to change some of his behaviors, but mostly he avoided thinking about it. He has four kids, manages a busy natural foods co-op and didn’t take the time to prioritize himself. He was working a job promoting a healthy lifestyle that he wasn’t adhering to.

In March 2019, Chris was diagnosed with type 2 diabetes with an A1c of 11.3%. Officially receiving this diagnosis was one of the hardest things he’s ever gone through. He had a long-history of diabetes in the family. His mom had it, his uncle died of diabetes related complications in his 40’s and his father had a significantly impaired quality of life as a result of complications from his diabetes. Chris did a fair amount of soul-searching and decided this couldn’t be his path too.

He spoke with his doctor, started on medication and began implementing some lifestyle changes— walking more, reducing alcohol intake and watching his portion sizes. He started to see immediate improvement in his weight and health numbers, but was afraid he wouldn’t be able to sustain these changes long-term, especially during his busiest times at the co-op.

In June 2019, Chris received an email from his insurance company about Better. He was somewhat skeptical-noting the lack of personalization and the reactionary approach of our modern day healthcare system— but he took the email seriously nonetheless and enrolled in Better.

Chris has a long-history of diabetes in the family. His mom had it, his uncle died of diabetes-related complications in his 40’s and his father had a significantly impaired quality of life as a result of complications from his diabetes.

"Having the partnership of the app and my health coach is a constant through all the ups and downs that life has thrown at me over the last year. Looking back, I am incredibly grateful to have had Better as a partner in my health journey." 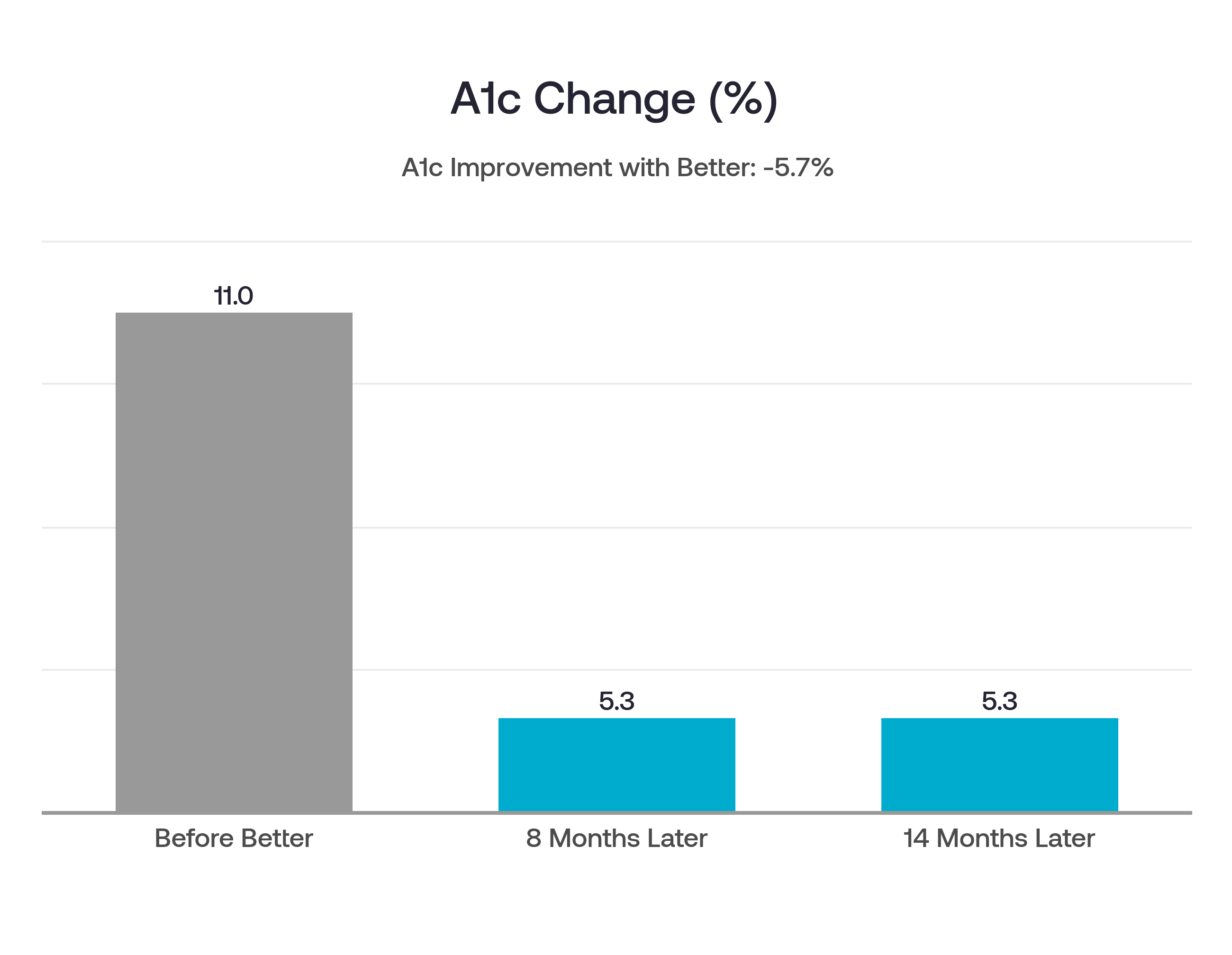 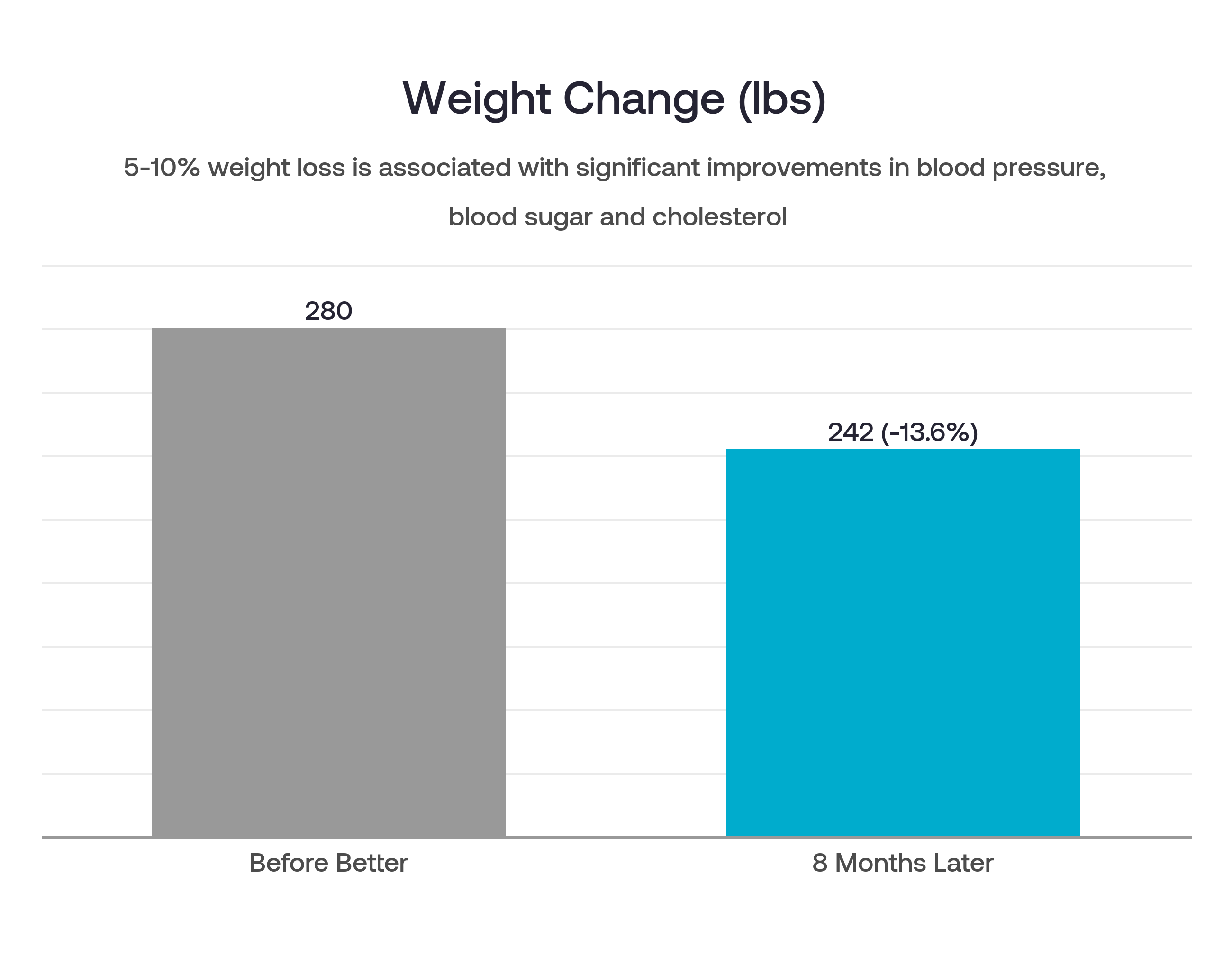 “After more than six months of using the app, I feel amazing. I feel healthy physically, I feel positive mentally, and I feel accomplished.”

The Future of Clinical Trials is Virtual

Accelerating Discovery Through a Better Platform